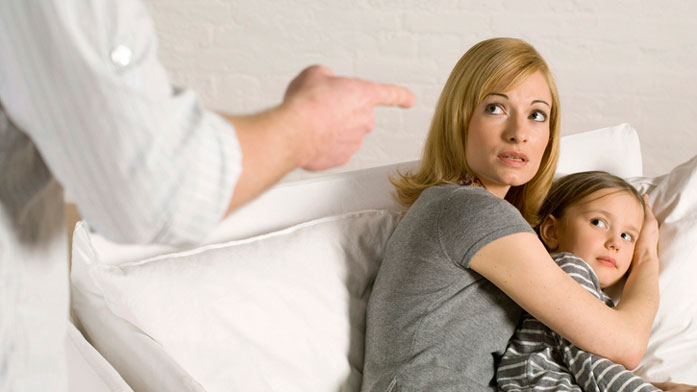 Project Connecting with my Peers:

Educating women about the early signs of depression

The Coalition for Family Harmony

Child abuse comes in many forms and all are equally damaging to the physical and emotional health and development of a child. Abuse and mistreatment of children can range from neglect, such as not providing a safe and clean home, to verbal abuse like name-calling and putting down, to physical abuse like beating and biting, as well as more severe physical and emotional abuse in the form of sexual abuse. An important factor of child abuse is how the different forms of abuse are related - a child suffering from sexual abuse is also a neglected child, and a child subject to verbal abuse is usually also subject to physical abuse.

Abuse causes stress that can disrupt early brain development and can harm the development of the nervous and immune systems a well. As a result, children who are abused or neglected are at higher risk for health problems as adults. These problems include alcoholism, depression, drug abuse, eating disorders, obesity, high-risk sexual behaviors, smoking, suicide, and certain chronic diseases.

Quite often, abuse begins in a home where stress is high. Stressful factors can be drug and alcohol abuse, as well as excessive employment and financial stresses. These stresses may also exhibit themselves in other problems such as spousal abuse. Also, in neighborhoods and communities where violence is common, abuse can easily be overlooked.

To prevent child abuse, we have to be able to recognize some of the common behavior and physical symptoms exhibited by both a child of abuse and an abusive adult.

What is child abuse?

All children have the right to a safe and nurturing home, either with parents, or any other adult who is responsible for their care and upbringing. Children of all ages are subject to abuse and those under the age of 4, and especially small infants, are at greater risk of extreme injury and death as a result of abuse. Child abuse does not discriminate and occurs in all socioeconomic levels, racial, ethnic and cultural groups, at all levels of education and within all religions. According to a study by the Department of Health and Human Services, Administration on Children and Families, in 2008 alone 1,740 children died in the United States from abuse and neglect, and 772,000 children were found to be victims of abuse by child protective services. Many cases of child abuse go unreported.

Consider the possibility of neglect when the child:

Consider the possibility of neglect when the parent or other adult caregiver:

Consider the possibility of verbal abuse when the child:

Consider the possibility of emotional abuse when the child:

Consider the possibility of emotional abuse when the parent or other adult caregiver:

Consider the possibility of physical abuse when the child:

Consider the possibility of physical abuse when the parent or other adult caregiver:

Publish the Menu module to "offcanvas" position. Here you can publish other modules as well.
Learn More.